FEVR001- Wow Is an experimental ambient noise album by Michael Nervous. The album was conceived as a sleep aid on a long flight. It starts with the track Filters, a song made on an iphone made to sort of cancel out flight noise and coincide with the engine hum to create a peaceful sleep when looped. The song has 5 synths being played through effects into the routing app called audiobus which uses Inter App Audio (IAA) that allows the audio from one app to be used in another app along with background audio. The effects are mainly reverbs and delays and would have a slight hesitation when switching apps during the performance. Each synth app runs through an effect app and then routed to a mulitrack app called multitrack DAW. Jökulsárlón the albums second track along with the tracks Austurland and Þingvellir national park were all made on a trip to iceland. Each of the three tracks were made with a similar concept using a performance looper called loopy. Each of the songs contain 12 song length loops that were manipulated live in the Loopy app while running through a modular mixer app called AUM (which is short for Audio unit Mixer - Audi Units being the ios version of a vst effect) and effects into a single stereo track recorder called audioshare. Texas Trimmed was made on a flight to Texas, performed and recorded in Texas, then on the flight home it was finalized. The track started out like Filters in the style of recording, but added loopy and was the first song made in the style of the Iceland trip songs from the album. The album WOW was completely made on an iPhone.

Factory Reset by michael nervous The most popular chip track on spotify by mchl nrvs. The video on youtube is just over a minute of fact... 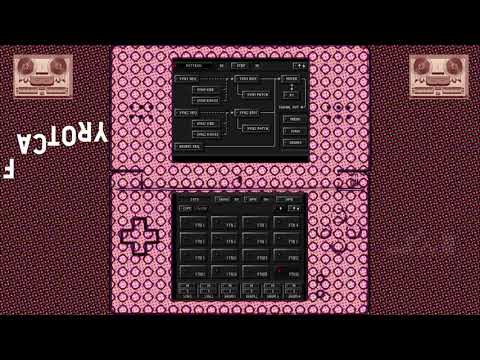